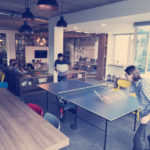 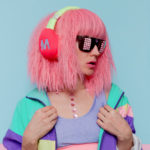 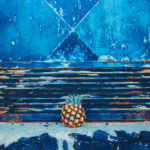 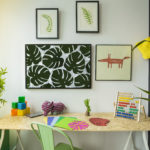 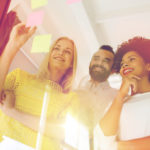 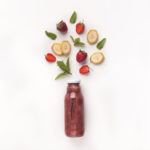 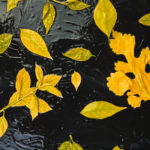 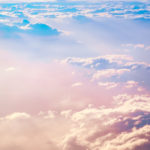 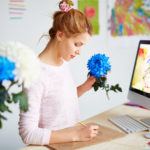 3D animation is a very nice way to revive a character, as well as to create dynamic content for advertising.

The first series made entirely as 3D computer animation were „Veggie Tales“ (1993), and the first computer animated 3D film was the famous, and probably known to many – „Toy story“ (1995).

Wow! I can move along with these toys!

Children, but also adults thought, when they saw the first few scenes of this animated film. Indeed, „Toy Story“ is done in great detail, and I’m not talking about the script, the shots, but only the animation. There are a lot of characters that confirm the power of 3D animation – because by watching „Woody“, „Base“, and other characters, we immerse ourselves in that world. A very dynamic and colorful world, where every next step is an adventure.

Of course, 2D animated films like: Beauty and the Beast, Cinderella, Sleeping Beauty, created by Disney, are beautiful and probably are the reference to a childhood of many generations before 2000.
They used a technique with layers that could imitate 3D space… but that will be in some other post.

Our brain, as well as the mind and spirit, strive for development and expansion – and therefore this animation could not be stopped only on paper, it had to be converted into a digital form – and its special kind: 3D computer animation. Disney has a huge professional team, a group of talented and hard-working people, who achieve great results with advanced technology. Animated movie Frozen 2 (Frozen Kingdom 2) has great ratings.

Pixar is also a powerful creative studio that is a branch of Disney, i.e. under its administration. They are the authors of the animated film – Toy Story, as well as other famous ones like: Locks, Up, Ratatouille.

Along with these two, I must also mention the Russian studio that is making a cartoon series: Masha and the Bear. Masha, and her faithful friend bear Misha – each new episode spend unforgettable moments, and there are several other characters who complete the story. What fascinates me is how much attention is paid to details – lighting, shadows, colors, scenes and of course movements.

It is a special technique used in both the movie and advertising industries.

The actors wear suits that transmit information to the computer, and then an object, a model is put, hooked on them, and additional animation is done (detailed finishing).

For example, the character from Pirates of the Caribbean Davey Jones is a 100% computer generated character (CGI) when he shows as sea creature (not human pirate). Although he is interpreted by Bill Nighy, everything over his suit is a computer-generated image, and that is what you see in the film.

You can see here how it looks: LINK

Animaccord animation studio from Russia uses a similar technique to make a cartoon Masha and the Bear, that way bear has natural movement – as a human, it makes us feel attached to the character.

Indeed, this approach has greatly helped the animators, and everyone involved in making of the movies, commercials and some other content. I like this method very much and I think it is important.
Of course, it somehow logically follows the technology development; so do film, design, animation and the similar.

With the fact that movies today use too much CGI, various computer effects, it can lead to a losing of the main focus of the movie.

I am personally interested in software, technology, so I am always looking forward to the next step.

A year ago, a movie was released that is a mix of animation and reality, namely virtual and real world, because the main actress looks like an anime girl with big eyes and is a cyborg, she interacts with people, and there is a visible visual difference.

The movie is called Alita: Battle Angel if you are interested, and you can see a small part here: LINK

3D animation is the revival of a 3d model, an object in the computer, digital world – that is, with the help of certain programs. They gain life by moving through three dimensions, and of course through the story (for example, if it is a cartoon or an action film), i.e. it also implies a temporal dimension. Animators also work with initial models, a skeleton/framework or a basic object on which skin has not yet been placed, details, etc. It depends on what the project is, topic, wish of the client, how demanding it is and the topic, of course.

There are coordinates and certain indicators in the programs, which serve the animators to move the objects exactly.

What is very important – is to learn the basics of animation so that you can create anything in two-dimensional or three-dimensional form.
Our eye sees natural movement, but it is all frame by frame, that is, movement by movement (or details of one movement).

It takes a lot of sense for the most natural animation in 3D digital space and there are some rules that are good to follow in order to have the best effect, i.e. best movement. I have singled out a short video for you, and I think it is great for beginners, and a good reminder for professionals as well:

Some of the most famous 3D animation software are „Maya“, „Blender“, „3DS Max“, and you’ve probably heard of „Cinema 4D“ and „Houdini“. I worked in the first two, and I read about the rest on the internet and watched clips on YouTube related to the work and quality of these software.

Maya is a really great animation software, in addition it has options for modeling, creating simulated images (CGI), as well as rendering.
It is used in the TV, gaming and film industries.

Example of animation and rendering a scene for ‘Coca Cola’ product:

The creators of this software are the company Autodesk, which, among other things, has many other software: AutoCad, 3DS Max, Revit, Alias, Mudbox, etc.

They are practical and have a nice quality performance. My work experience in Maya is positive. I have always been interested in 3D animation, but it requires a lot of dedication, so I did it for a short time – about eight months. It is a special branch of Digital arts and contains great potential in creating content for various needs, namely in different areas (film, advertising, etc.).

Take a look at Autodesk products if you are interested in 3D animation, modeling, filmmaking, advertising, architecture, engineering, construction, etc.

Since the internet is free (to a large extent) and a huge place to post data, today you can really find a lot of tutorials for Photoshop, Illustrator, and even Maya, Blender and other programs for animation, modeling and rendering.

If you are a beginner or have never done anything related to 3D animation before, take a look at a few tutorials to get a rough idea of what it’s like to do animation with a 3D object.

I prepared few examples for you, the first is from 2014, when I first got acquainted with this software (probably now the interface has been partially changed), but then there were not as many courses as there are now.

Sometimes you really have to dig on the Internet to find the best solution for your case/project. For example, p5.js was not as much in use in our country 6 years ago and there were no special tutorials, very few of them in English. Only recently did one guy start giving interesting clips explaining some segments of the code … so even then you had to take code piece by piece, compare and research, and than put it together to have the best final product.

I intentionally remind you of this so that you get motivated and never give up! I was very satisfied when I did the animation for the exam project at the Master’s studies – for which I needed exactly this motivation: to have a little information (books and tutorials), and to be able to connect the code as a whole for the solution of specific task.

The mouse plays a very important role in animation, because you use all three buttons – i.e. two standard (left and right) and a rotating middle circle. Every frame is important, as well as every parameter, e.g. determining the coordinates of an object, its relation to another object, the angle at which it performs an action, etc.

3D animation is a very creative and fun job, but let me remind you that it takes hours and hours of work, which is not uncommon – for whatever job, profession, or even hobby you decide to work on; you need to dedicate yourself to it.
The only thing that matters – a lot of patience! Because 3D animation involves working with a lot of details.

Fortunately, you can find courses for mastering the technique of 3D animation in several places.

It is always good to look for recommendations, ratings (e.g. 4-5 stars), good word on the forum, etc. I’ve put two here, but I advise you to ask your friends if they have attended any of these courses or to read the client’s experiences online:

What matters is your intention, the goal you set – with how much detail you want to study the 3D animation, and how much time you are willing to invest.
Today, this area is in great demand, so you won’t go wrong if you start studying and exploring the world of animation.

I believe in your success! 🙂

EQUIPMENT:
You definitely need a big monitor, a good graphics card and more hard disk space. Most people use a large monitor today, and this is especially important for video editing and animation. For example, I noticed that in Photoshop and Illustrator I can work on smaller monitors, while it is much harder for After Effects, Premiere Pro and Maya, primarily due to the visibility of keyframes, and of course other parameters.

It would be better to take another large monitor, for convenience – watching videos while editing, watching courses and tutorials on one monitor, and working in the program on another monitor, etc. Someone needs three or four monitors, depending on the amount of work. And think about choosing a mouse and a practical „third“ or middle button because you will need it. Whether you like heavier, lighter, red, white, blue, or some other mouse design – it’s entirely up to you, but try to make it as practical as possible, that’s the most important thing. I personally used gaming mouse, because it was suitable for me 😀

Also, if you are familiar with graphic tables, the ones for digital artists, I would recommend to use that as well… it takes a skill, but it’s worth it. I have a Wacom table and use it for Photoshop and Illustrator, but you can use it also for 3D animation. To see if it is a good solution for you, check this video as an example:

Today’s topic was a brief overview of 3D animation – definitions, examples of use, tutorials, and courses.
So, it is shown from my point of view and knowledge, but there is still a lot to talk about. This text should give you a brief insight into what 3D animation is and possibly encourage you to try to animate yourself.
Either way, you may have learned something new or gain some interesting, useful information.

See you at the next topic! 🌞